Nicholas Peppas has been honored with the 2020 Oesper Award from the University of Cincinnati’s Chemistry Department and the Cincinnati Section of the American Chemical Society for his outstanding accomplishments in and contributions to science. 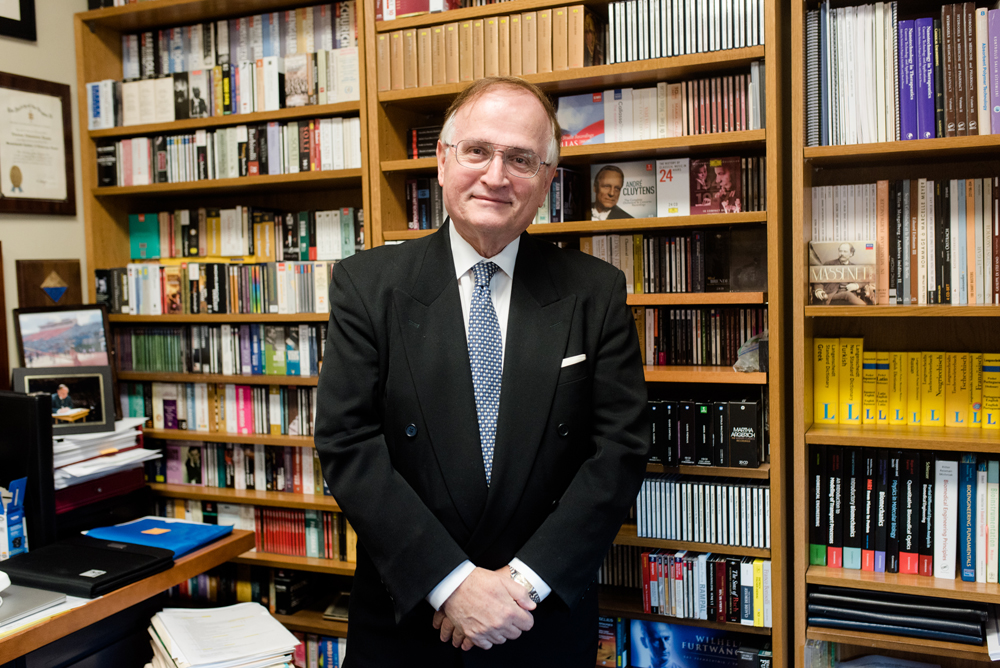 He will receive the award at a symposium held in his honor on Friday, November 13th 2020, which will include a presentation on his contributions to chemistry.

The award recognizes his work in biomaterials, drug delivery, bionanotechnology, and nanomaterials, which blends modern molecular and cellular biology with engineering principles in order to design the next generation of therapeutic agent release systems for diabetes, autoimmune, and cardiovascular disease treatment.

The Oesper Award is named for Dr. Ralph Edward Oesper who published more than 300 papers in the fields of analytical, organic, and colloid chemistry and especially in the history of chemistry.